Leading scientists recently identified a dozen chemicals as being responsible for widespread behavioral and cognitive problems. But the scope of the chemical dangers in our environment is likely even greater. Why children and the poor are most susceptible to neurotoxic exposure that may be costing the U.S. billions of dollars and immeasurable peace of mind.

Forty-one million IQ points. That’s what Dr. David Bellinger determined Americans have collectively forfeited as a result of exposure to lead, mercury, and organophosphate pesticides. In a 2012 paper published by the National Institutes of Health, Bellinger, a professor of neurology at Harvard Medical School, compared intelligence quotients among children whose mothers had been exposed to these neurotoxins while pregnant to those who had not. Bellinger calculates a total loss of 16.9 million IQ points due to exposure to organophosphates, the most common pesticides used in agriculture.

Last month, more research brought concerns about chemical exposure and brain health to a heightened pitch. Philippe Grandjean, Bellinger’s Harvard colleague, and Philip Landrigan, dean for global health at Mount Sinai School of Medicine in Manhattan, announced to some controversy in the pages of a prestigious medical journal that a “silent pandemic” of toxins has been damaging the brains of unborn children. The experts named 12 chemicals—substances found in both the environment and everyday items like furniture and clothing—that they believed to be causing not just lower IQs but ADHD and autism spectrum disorder. Pesticides were among the toxins they identified. 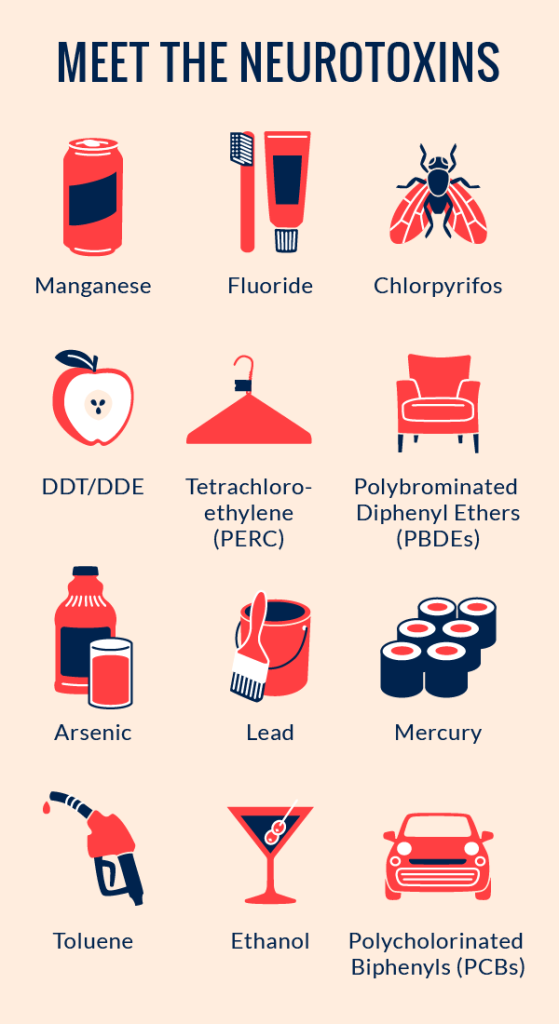 “So you recommend that pregnant women eat organic produce?” I asked Grandjean, a Danish-born researcher who travels around the world studying delayed effects of chemical exposure on children.

“That’s what I advise people who ask me, yes. It’s the best way of preventing exposure to pesticides.” Grandjean estimates that there are about 45 organophosphate pesticides on the market, and “most have the potential to damage a developing nervous system.”

Landrigan had issued that same warning, unprompted, when I spoke to him the week before. “I advise pregnant women to try to eat organic because it reduces their exposure by 80 or 90 percent,” he told me. “These are the chemicals I really worry about in terms of American kids, the organophosphate pesticides like chlorpyrifos.”

For decades, chlorpyrifos, marketed by Dow Chemical beginning in 1965, was the most widely used insect killer in American homes. Then, in 1995, Dow was fined $732,000 by the EPA for concealing more than 200 reports of poisoning related to chlorpyrifos. It paid the fine and, in 2000, withdrew chlorpyrifos from household products. Today, chlorpyrifos is classified as “very highly toxic” to birds and freshwater fish, and “moderately toxic” to mammals, but it is still used widely in agriculture on food and non-food crops, in greenhouses and plant nurseries, on wood products and golf courses.

for the web page and full article click here